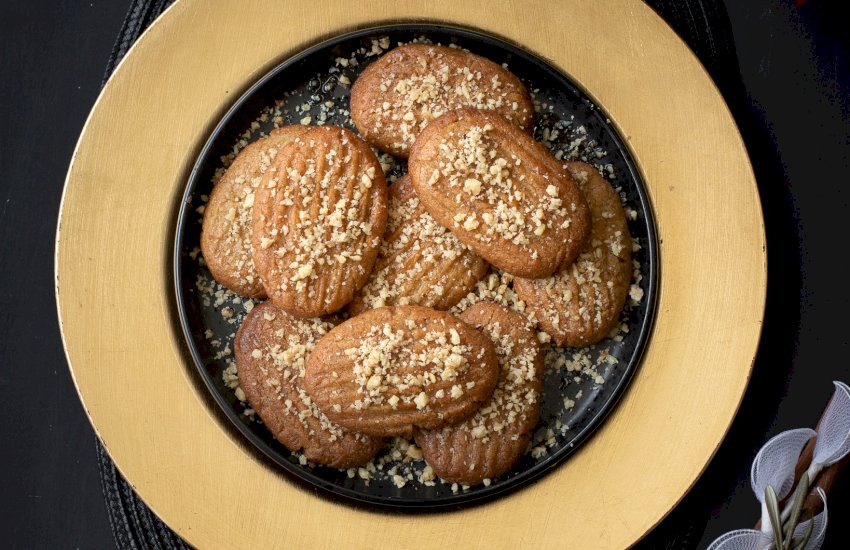 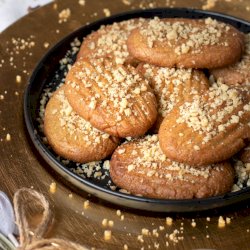 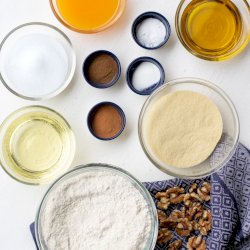 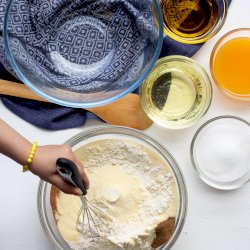 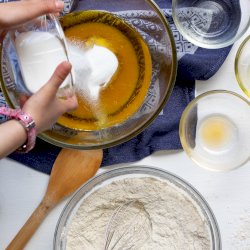 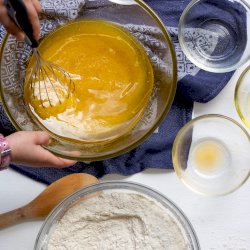 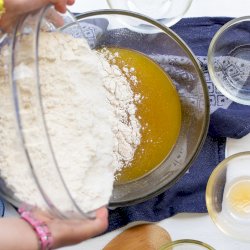 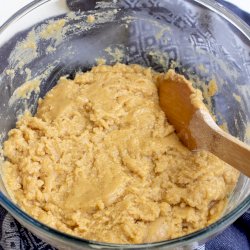 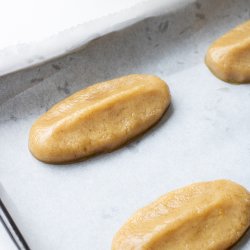 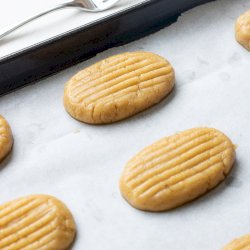 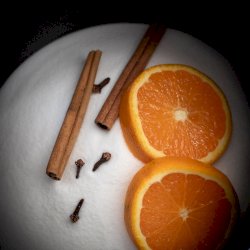 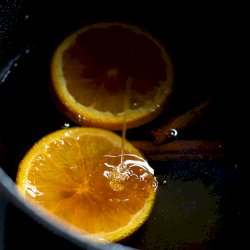 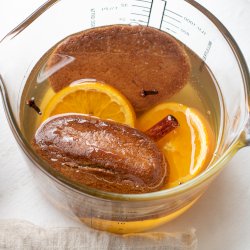 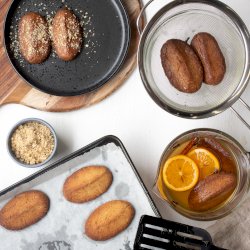 Melomakarona are Greek honey-spiced biscuits usually made during periods of celebration and of great importance to the Greek Orthodox calendar such as Easter and Christmas. If I was to try and translate the actual word I would say it refers to these biscuits as “honey macarons”. And although they don’t quite look like the standard macarons we know and love, they too have a gooey interior and are absolutely divine!

This recipe was adapted from one my late mother had in her recipe notes. She actually had a few melomakarona recipes but on top of this one she wrote in Greek that “These melomakarona are nice”. Not a lot of recipes have feedback notes written on them, so this definitely tempted me to try it. And I was so happy I did, as well as all the people who tried them so far. The recipe makes for about 60 melomakarona if you follow the assembly instructions. You might think that is a lot of biscuits, but at events and gatherings, they do tend to disappear quite quickly. You can easily half the recipe if you wanted to make less.

The key similarity with melomakarona recipes is the use of orange, cinnamon, nutmeg in biscuits and honey syrup to dunk them in. Something that surprised me in my mum’s recipes was the use of beer instead of orange juice and the use of butter instead of extra virgin olive oil. So I tried the different combinations and overall the flavour I was happy with them in all cases. Following are my comparisons and explanations…

The original melomakarona recipe called for “Spry”, a type of vegetable shortening, a very popular product in Cyprus but unfortunately, we can’t get it here in Australia. So instead I substituted that with unsalted butter, which contains milk solids. The biscuits formed a really good firm structure and they were very tasty.

The use of the vegetable shortening in my mum’s recipe meant that the melomakarona would be vegan, hence they could be consumed during Lent. Therefore another alternative I tried was extra virgin olive oil and I was very pleased with the flavour and structure it gave the biscuits. The choice simply depends on the products you have available, as well as if you need a dairy-free option.

I think the use of beer instead of orange juice shocked me the most as I haven’t come across a melomakarona recipe with that in it. Both the beer and orange juice act as a leavening agent – helping the biscuits rise and giving them a nice tender texture.

If you do choose to add beer to the biscuits ensure that you use one that doesn’t have a strong flavour like a dark Guinness. A pale ale or a pilsner type of beer is good. You want it to be at room temperature, not straight from the fridge so that the cookie dough is not cold before it is baked. Furthermore, pour out the beer in a jug 5-10min before you add it to the recipe to allow the foam to disappear and some of its carbonation to reduce. The choice between adding beer or fresh orange juice in the melomakarona depends on the flavour you like but mostly if alcohol can be consumed by everyone who eats them.

The melomakarona are dipped in a sweet honey syrup once they are baked, which gives them their distinctive flavour! The recipe calls for a combination of sugar and honey. The honey is added at the very end, once the sugar is dissolved so that the flavour is more preserved.

HOW TO ASSEMBLE THE MELOMAKARONA

The biscuit dough is easy to put together as well as shaping the melomakarona. To shape them I’ve always known to do it as an oval shaped biscuit with a raised middle. Recently I have also seen them being shaped as an oval but using a fork to make indentations. The second way was easier for my young daughter to do but either way, the purpose of both is to increase the surface area so that the syrup can be absorbed better.

Whenever you have a sweet that needs to have syrup added to it, one of them needs to be cold while the other hot. That helps the syrup be absorbed more efficiently. Typically, like in this recipe, I dip the hot melomakarona in the cold syrup. Once the biscuits are dipped into the syrup, they are strained slightly from the excess amount and then drizzled with crushed walnuts! Although it is tempting to eat the warm straight away they taste so much better once they are colder.

For more sweet creations, traditional and non, check out this link!

1. Make the syrup first so it has time to cool down. In a saucepan add all the ingredients except the honey and allow them to dissolve on medium to low heat for up to 10min. Once that is done, take it off the heat, stir in the honey and then set it aside to cool down. Once it is cold enough, pour it into a jug or a deep container and keep it in the fridge to completely cool. You can do this step hours in advance.

3. Line baking trays with baking paper. Use the measuring tablespoon to take out 2 tbs of the dough each time (45g/1.6oz) and shape them into an oval no bigger than 6x4cm (2.3×1.5in). By doing so, this recipe will make 60 melomakarona. When shaping the melomakarona you can either draw your fingers along the length to make a raised middle or you can use a fork to draw indentations (see photos above). Either way, make sure you do not put too much pressure so that there are minimum cracks.

4. Lay each biscuit on the lined tray with at least 5cm (2in) in between them as they will expand while baking. Bake the biscuits for 25-30min or until a golden brown colour is reached on the top and bottom. You may need to repeat the baking process a few times before all the biscuits are done.

5. While the biscuits are hot dip each one of them in the cold syrup you had in the fridge. Allow them to soak up the syrup for 10sec then place them on a cooling rack with a tray underneath or a strainer with a bowl underneath. Don’t handle the biscuits too much after you dip them in the syrup, because they are hot they may break.

6. Allow the excess syrup to drip for 10 seconds then add the biscuits on a serving platter and drizzle some crushed walnuts on top. The syrup will allow the walnuts to stick to them. Each time you are waiting for the next batch of biscuits to be baked return the syrup back to the fridge (to keep it cold) until you need it and repeat the whole process again. Let the biscuits cool down completely and then enjoy.