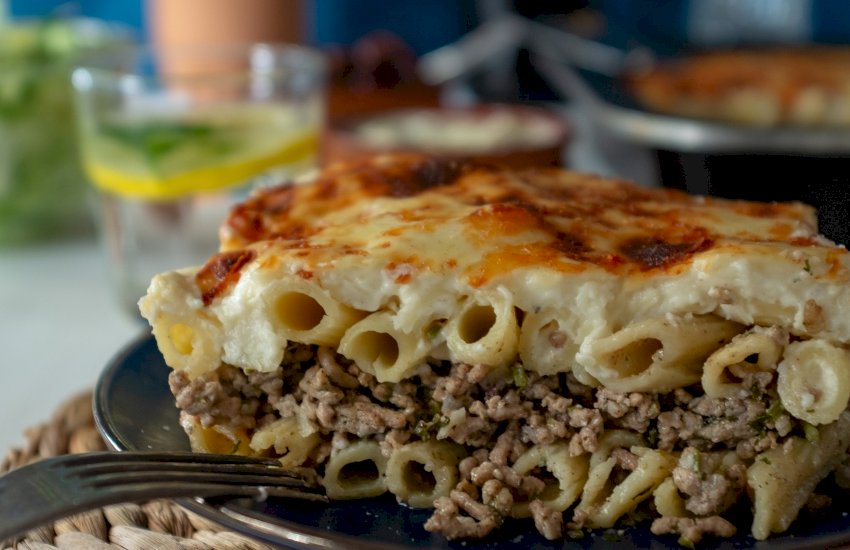 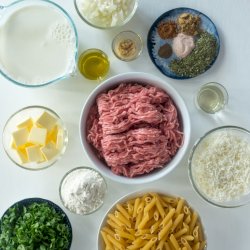 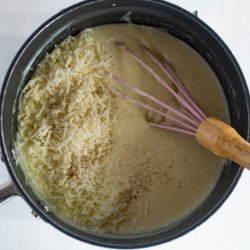 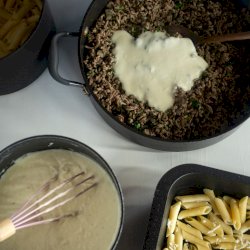 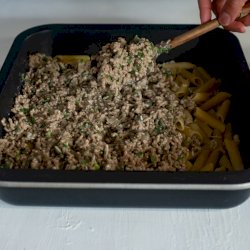 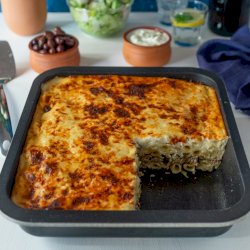 Cypriot pasta bake – the Cypriot version of lasagna haha very different ingredients but the concept is the same… Layers of pasta, mince sauce and béchamel sauce! Deliciousness on a plate. Makaronia tou fournou is definitely a family favourite, my husband is always happy that I make a large quantity so he can take leftovers to work.

A lot of you would know the Greek version – pastitsio. A very popular dish in Greek cuisine and quite similar to the Cypriot pasta bake but there are some key differences.

1. The cheese used is typically halloumi rather than kefalograviera or parmesan.

2. The mince sauce does not have tomatoes in it.

3. The mince used is pork not beef.

4. The key seasoning used in the mince sauce is mint, a very popular herb in the Cypriot kitchen.

The béchamel sauce is a mixture of butter, flour and milk with cheese stirred through it. It took me a few attempts over the years to perfect it. More so because I never used to measure the ingredients. I would add “με το μάτι“ (by looking and estimating) and I then learned to troubleshoot if I added too much or too little of an ingredient.

To be able to share the béchamel recipe I had to measure it all. The method works so well, you just need patience. To have a great result ensure you use warm milk (I typically put the measuring jug in the microwave) and add the milk slowly. Allow the sauce to thicken each time before adding more milk.

Since the mince sauce does not have any tomatoes, it does not hold together as much hence why I typically add some béchamel sauce and mix through it before I layer the pasta bake.

• boiling water, amount as per packet

1. Heat a large frying pan and add the olive oil to sautee the onions. Once they have softened a bit add the garlic and pork mince. Break the mince using a wooden spoon and allow it to brown.

2. Once that is done add the mint, salt, pepper, cinnamon and cumin; stirring for 2min before adding the wine and water.

3. Allow the mince to cook for 15-20min or until the liquids are reduced. After that mix in the parsley and set aside.

1. While the mince is cooking start cooking the pasta as per packet instructions but reduce the cooking time by a couple of minutes.

2. Drain the water and if you are not ready to assemble at this stage then drizzle a bit of olive oil in the pasta to prevent them from sticking together.

1. While the mince and pasta are cooking, use a separate pot that holds at least 2L of liquid and place it on medium heat. Add the butter to the pot and allow it to completely melt.

2. Stir in the flour using a whisk and once it is well combined then slowly add a cup of the warm milk. Stirring well with the whisk.

3. Repeat the process by adding another cup of milk and letting the béchamel to thicken each time before pouring more in (see notes). Keep stirring so that there are no lumps formed (see notes).

4. Continue the process until all the milk is finished then stir in the halloumi and pepper.

1. Preheat the oven to 200°C fan-forced. Aim to have all three components ready at the same time by starting to cook the pasta and the béchamel sauce while the mince is getting cooked.

2. Use a medium baking tray (mine is 30cm long, 27cm wide and 5cm deep) and start assembling the layers by adding half the pasta on the bottom and sprinkle halloumi (25g) on top.

3. Stir in the mince sauce a cup of béchamel sauce. Then spread the mince mixture on top of the pasta.

4. Continue by adding the other half of the pasta with grated halloumi on top (25g) and then carefully pour the béchamel sauce all over the top. Sprinkle more halloumi (25g) on top and some nutmeg before placing it in the oven. Allow it to cook for about 20-25min or until the top layer is golden brown.

5. After that time take the tray out and allow it to cool for an hour or so before cutting so that the pasta holds together. If you are too hungry or in a rush, no problem just use a large spoon to scoop as much as you like on your plate.

I usually warm the milk in the microwave in the measuring jug for 3 minutes in 1-minute intervals. Saves me washing another pot but if you do not have a microwave then heat the milk on the stove, enough to be able to place your finger in without burning.

A cup is equal to 250mL, hence if you pour in a cup of milk each time you will have to repeat the process 5 times. Remember to allow the sauce to thicken each time before adding more milk and stirring often. As a time indication, it took me 12min to make this béchamel sauce.

If you struggle to remove the lumps in the béchamel sauce because you have not stirred it enough, then use a hand mixer to break them up.

I wrote specific amounts of halloumi to use at each stage but basically, it is a whole block of 225g, which I grated and then split up the amounts to add at each stage. 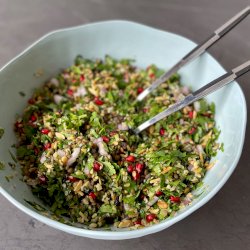 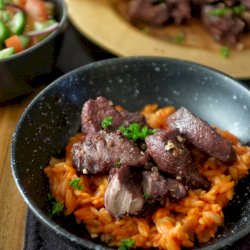 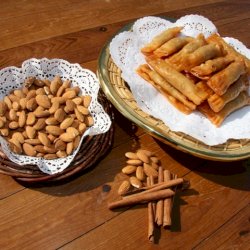 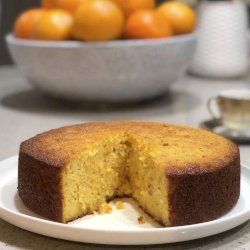