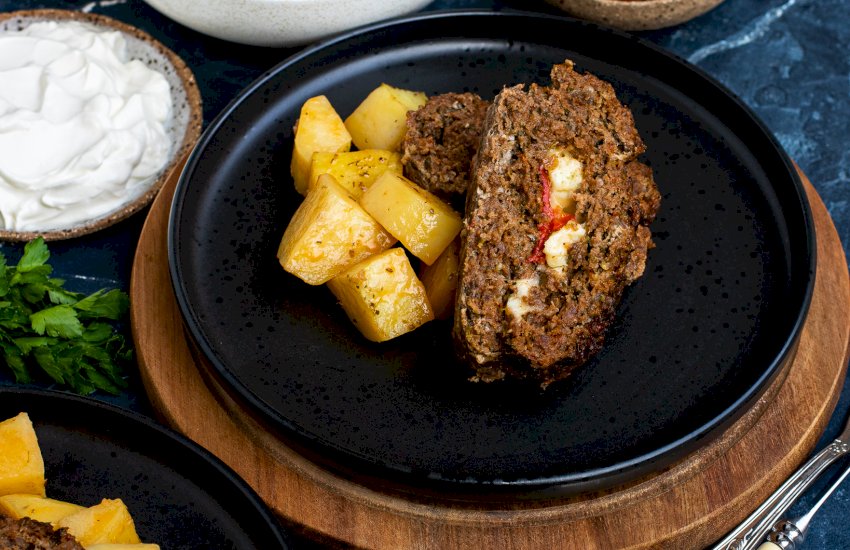 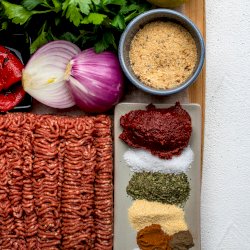 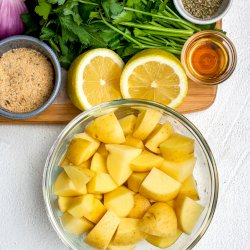 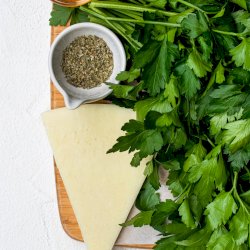 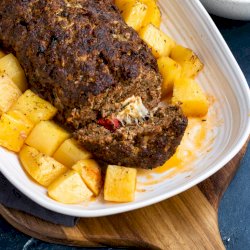 My go to flavour additives tend to be parsley, mint and cinnamon. Vinegar added helps tenderize the meat as well as give it some tang. For the meat, I usually use a 3-star beef mince to include some fat for extra juiciness. The fat released from the meat also cooks the potatoes added in the baking tray, as I don’t add water rather only some extra virgin olive oil and lemon juice. If you choose to use a leaner beef mince you may need to add some water to help the potatoes cook and I add an egg to help mold the meatloaf better.

The inspiration behind the addition of saganaki was first sparked by my fellow foodie friend Helen from @helenskouzina. She has an inspiring Instagram page with so many creative dishes. Helen added saganaki pieces in a meatball recipe she shared and I was drooling at its sight! The cheese melts and adds a salty centre – delicious! I like to add roasted red capsicum (usually the jarred antipasto range) for some extra texture and flavour. I have also used sundried tomatoes instead of roasted capsicum, which worked really well too.

To put together the meatloaf I simply mix all the mince ingredients and then I mold it to create a rectangular sheet on some baking paper. I then lay the cheese and the roasted capsicum in the middle. To roll it, I use the baking paper on which the mince mixture is laid on to lift it over.

• 2 tbs red vinegar, or you can use lemon juice

1. Preheat the oven to 200˚C, fan-forced. Use a food processor to blend all the ingredients together, except the mince and breadcrumbs. If you do not have a food processor, just chop the onion and parsley finely.

2. Pour the processed mixture into a bowl with the mince and breadcrumbs. Use your hands to combine everything until the marinade is evenly spread.

1. Beef I usually use has some fat, if you use lean beef add one egg in the mince mix and about ¼ cup warm water on the potatoes too.

2. The mince is spread out long enough for the saganaki and capsicum to be kept in the meatloaf when rolled but ensure it fits in the baking dish you have at home also. 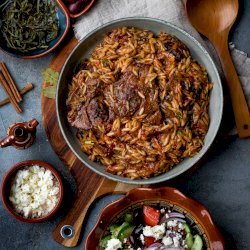 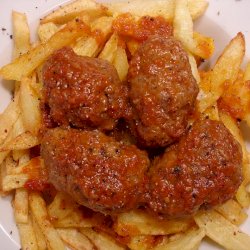 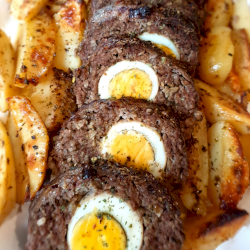 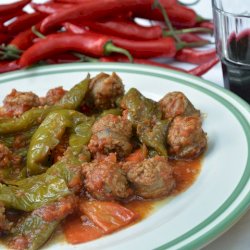