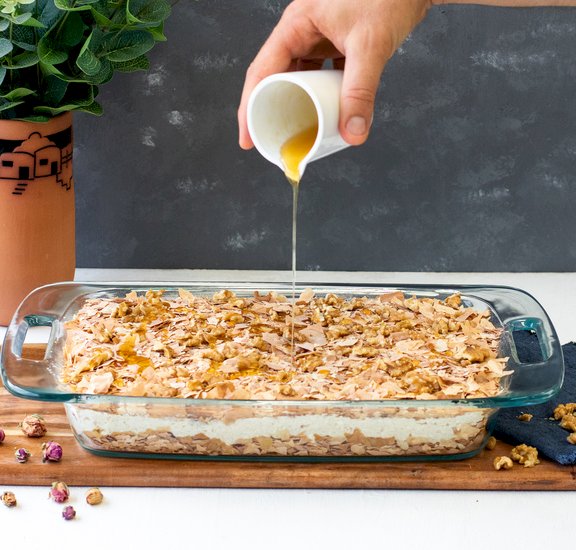 An easy to assemble dessert with a fragrant ricotta mixture in between crunched phyllo sheets. This sweet is really great to prepare ahead of time. The phyllo and ricotta may be stored separately and then just assembled as guests arrive to keep the phyllo crispy.

For more details and explanations you may vist the blog post. http://myfamilysfooddiary.com/anarotourta-ricotta-and-phyllo-cake/