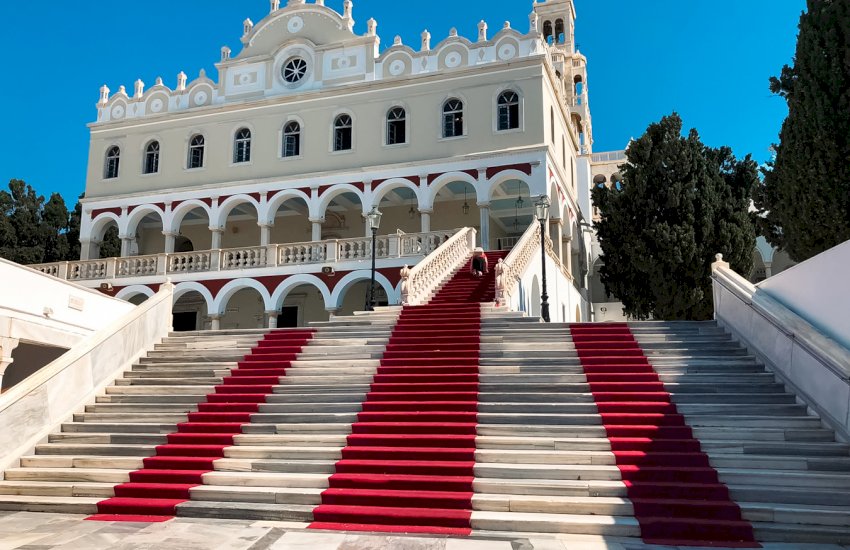 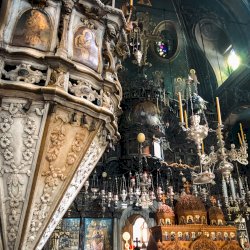 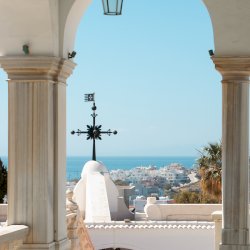 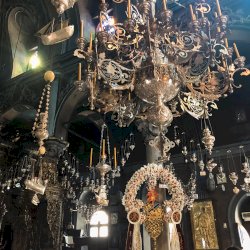 The 15th of August – Dekapentavgoustos, the Dormition of the Virgin Mary, along with Easter and Christmas are the most important religious celebrations in Greece. It is also known as the “summer Easter”.

According to the Greek Orthodox calendar the day marks when Mary, Christ’s mother, ascended into Heaven, and is considered a day of joy and celebration of mother and son reunion.

Traditionally Greeks join relatives by visiting their home villages on the mainland and the islands, to attend the celebrations, customs, traditions and the unique “panigyria” that take place throughout the country. 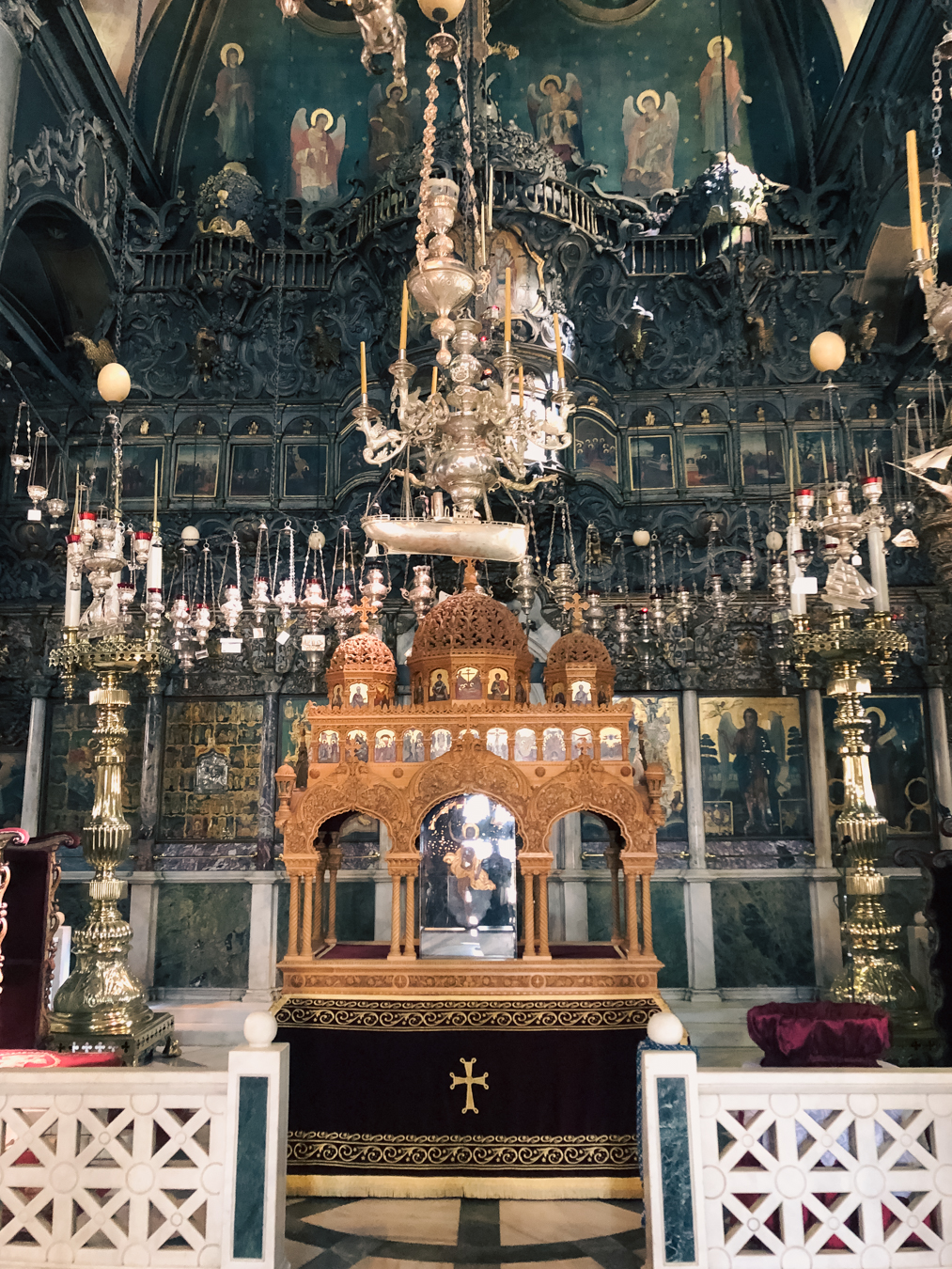 The island of Tinos, Cyclades, is considered the top Greek Orthodox pilgrimage destination. Greeks from all over the world flock to the church of Panagia Evangelistria to pay their respects to the holy icon. In the icon of the Annunciation, the Virgin Mary is on the right and the Archangel Gabriel on the left holding a lily. Above the two faces in the form of a dove is the Holy Spirit. It is an excellent piece of art, even though it has suffered damage from a fire and being underground for many years. Located in Evangelistria church the icon is covered except for the faces, with gold, silver, countless valuables and precious stones, all gifts of the faithful visitors.

The church is a three-story temple with vaulted aisles and a dome above the Holy Altar, which was architecturally designed by Efstratios Kalonaris of Smyrna. The marbles used are from Panormos and Delos island, carved by Exo Meria craftsmen.

The bell tower, 29m high, with three lanterns (floors), resembles that of Agia Fotini in Smyrna and was restored in 1957 by Ioannis Filippotis. In the surrounding churchyard, mosaics of white and black sea pebbles were created. 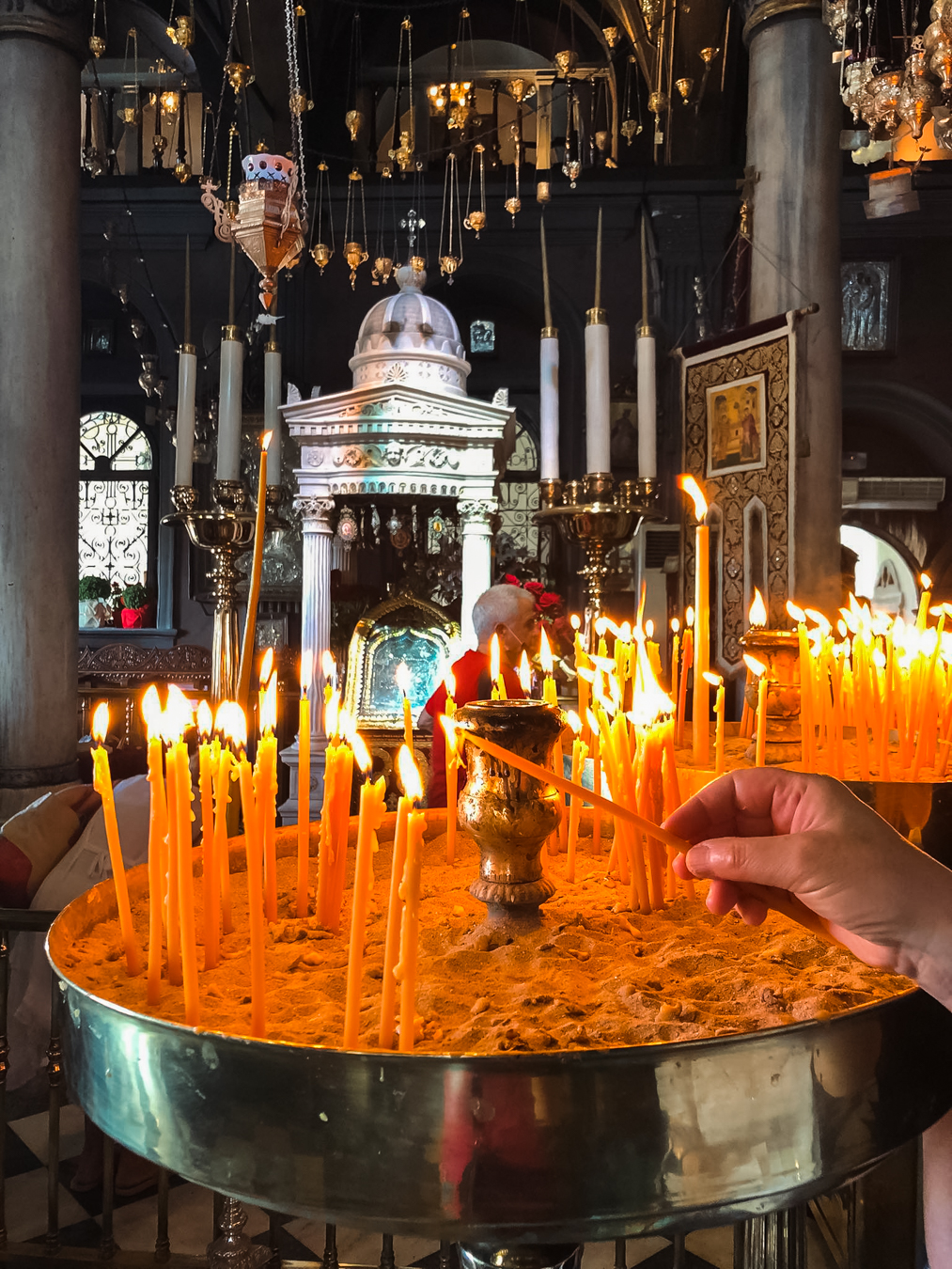 The story of the icon

The icon of the Virgin Mary Annunciation, to which many miracles are attributed, was found on January 30, 1823, in the Doxara estate, Tinos. A beautiful church was originally built, with the contributions of Tinos inhabitants.  Over time, Evangelistria church became the centre of the Greek Orthodox pilgrimage.

In 1821, at the beginning of the Greek Revolution, the Virgin Mary appeared to Michalis Polyzonis, while he was sleeping, and ordered him to dig in the field of Doxaras estate in order to find her icon. Indeed, Michalis fulfilled her wish, but didn’t find the icon.

In 1822, the nun Pelagia (née Loukia Negreponti) who lived in the Panagia Kehrovouniou monastery, saw the Virgin Mary for three consecutive Sundays in her sleep, ordering her to convince the island officials to continue the icon search and build a small chapel on Doxara estate.

Indeed permission was granted and the excavation continued, but instead of the icon they found the ruins of an old Byzantine church dedicated to Agios Ioannis Prodromos, built on an ancient temple dedicated to God Dionysus and a dry well. After a plague epidemic broke out in Tinos it was decided to build a small church in Doxara estate dedicated to the Virgin Mary. 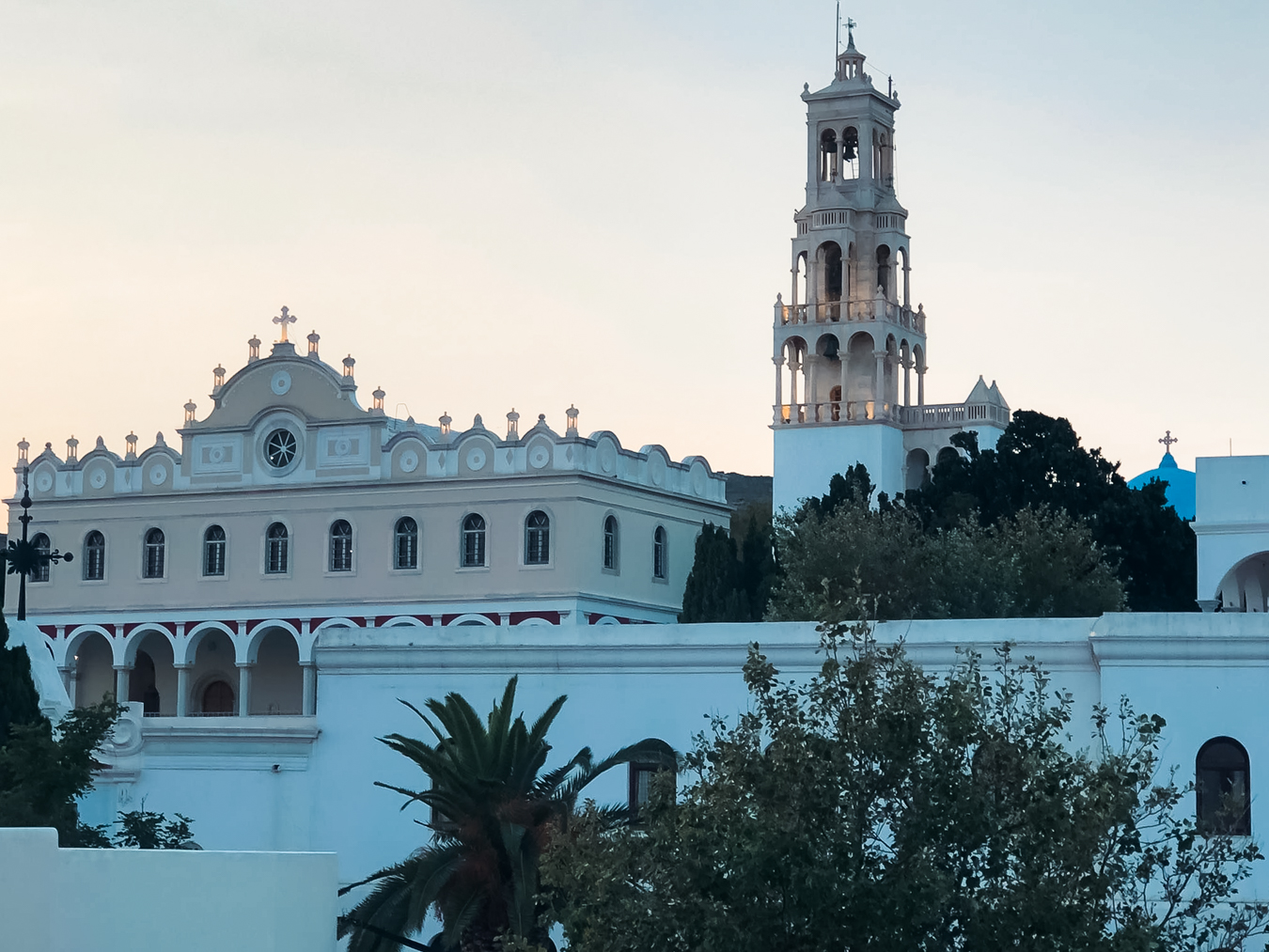 During the church foundation ceremony, those present were surprised to see the dry well filled with water. They considered it a miracle and continued the search for the icon.

On January 30, 1823, the celebration day of the Three Hierarchs the icon was found in two pieces by the volunteer builder Emmanuel Matsas. The news spread quickly and people from all over the island arrived at the icon site until late at night, holding oil lamps in order to see through the night. Since then, a torchlight procession, called "Fanarakia", has been established on the celebration day of the icon finding. It is said that a few days later, the plague disappeared from the island.