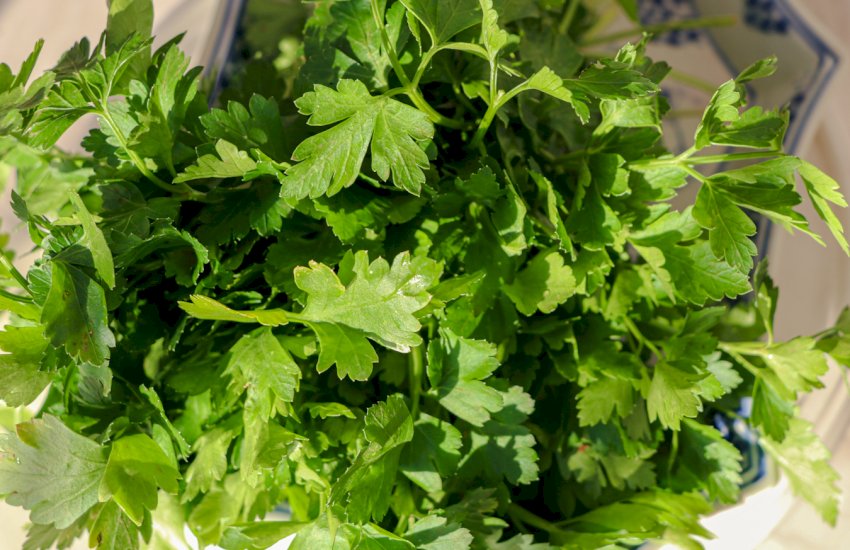 Parsley history and use

Parsley is one of the most popular herbs in the world. A sprig of parsley can offer much more than a decoration on the plate. Parsley has many beneficial properties, great nutritional value and health benefits.

History of parsley in ancient Greece

According to Greek mythology, parsley is associated with the ominous story of the death of Ofeltis, the infant son of King Lycurgus of Nemea.  According to the legend, Ypsipylis, the Ofeltis nanny, rested Ofeltis on some wild celery, in order to show thirsty soldiers, the location of a spring. There was an omen however, that the baby should not be placed on the soil before it starts walking. When she returned, the baby had been killed by the dragon who guarded the spring.  Amongst the thirsty soldiers was Amfiaraos, who was a seer and considered Ofeltis's death a bad omen, and named Ofeltis "Archemoros", the beginner of misfortunes.  Thus, the infant Archemorus became the symbol of imminent death and it is said that the first parsley plants sprang from his blood. So, parsley was dedicated to Persephone, the wife of Hades the king of the underworld, was considered the herb of the dead and was used in funeral rites and decorated tombs. This is probably the explanation why we still use parsley in "kollyva", the sweet offering we prepare and share to commemorate our loved ones who passed.

The psychological effect of parsley on the minds of Greeks is seen in a historical incident, described by Plutarch, where a group of soldiers, on their way to battle, seeing a half-loaded mule with parsley, panicked and fled. On the other hand, the winners of the Nemea games were honoured with wreaths made of parsley. According to other sources Alexander the Great soldiers, got rid of lice by rubbing parsley tufts on their head and the areas where the itching was unbearable.

Parsley is widely used as a culinary herb. Fresh parsley has a superior taste, aroma, and nutrients compared to dried parsley. Choose parsley with green, shiny leaves and hard stalk. Avoid buying bunches of parsley that have withered or yellowed leaves. If you buy dried parsley, prefer organic. Fresh parsley should be kept in the refrigerator in a plastic bag or in foil, as long as it is not wet because it rots easily.

Fresh parsley should be washed immediately before use, as it is extremely brittle. The best way to clean it is to add it to a bowl of cold water, mix it with your hands and repeat the process until the water comes out clean.

It is widely used in Greek dishes like meatballs, stuffed vegetables, pies, salads, and sauces.  When used in sauces and casserole dishes, parsley should be added towards the end of the cooking process so that the flavour, colour and nutritional value is better retained.

Given the extensive use of parsley in our dishes, we use the phrase “he/she sprouts like parsley” meaning the person interferes and expresses an opinion on everything without having the required knowledge.