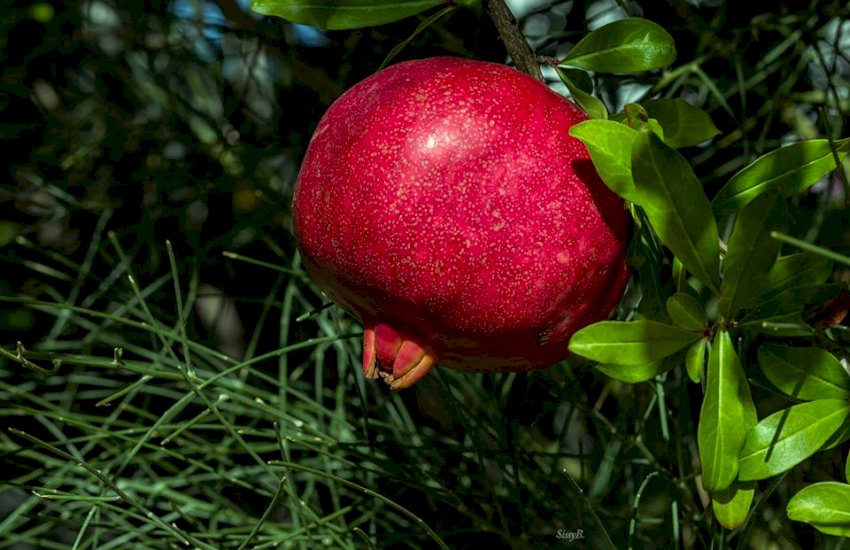 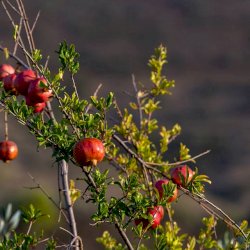 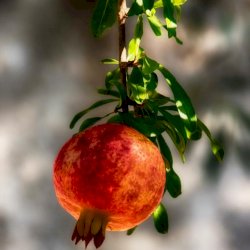 Why do Greeks smash a pomegranate on New Year?

The pomegranate is one of the oldest cultivated fruits. Since ancient times is a symbol of abundance, fertility and prosperity due to its deep red color and the many juicy seeds contained.

Hanging a pomegranate over the front door and smashing it on New Year is an old Greek custom and according to the tradition, there are two different prevailing rituals that took place.

The first is that a few minutes before midnight on New Year’s Eve, they would turn off the house lights and the whole family would step out of the house. This symbolizes the departing of the old year.  Right after midnight a child enters the house stepping inside with the right foot and would be the one bringing good luck to the family for the whole year. The head of the family follows, with the pomegranate that was hanging on the door, in his right hand and smashes it against the door. It is believed that the number of seeds that scatter around is proportional to the good fortune brought to the house. If someone gets red spots from the fruit juice on them will be extremely lucky in the New Year.

According to the second popular tradition on New Year morning, the family goes to church (one family member has to stay at home) and after the service, the pomegranate is blessed by the priest. Upon their return the head of the family or the firstborn boy holding the pomegranate in his right-hand rings the doorbell – he should not open with his key – so that he will be the first to enter the house and therefore bring luck to the household. Upon entering throws forcefully with his right hand, the pomegranate on the floor so that as many seeds as possible are all over the place and says “I wish health, happiness and joy for the new year and hope to be blessed all year round with gold coins equal to the scattered seeds”

Dummies of pomegranate, made of various materials, were offered as votive offerings to female deities, such as Hera, Demeter and her daughter Persephone, Athena, Artemis, and Aphrodite. According to some sources, the ancient Greeks believed that the fruit had been planted by Aphrodite, goddess of love, on the island of Cyprus.

The pomegranate was also associated with death. This is evident from its presence in tombs as a tribute, its depiction in tomb reliefs and white lekythos, but also from the Persephone and the Pomegranate myth.

Persephone and the Pomegranate

In Greek mythology, Persephone, daughter of Demeter, goddess of harvest and agriculture, was abducted to the underworld by Hades, god of the underworld, since her father Zeus had given him the permission.  Demeter searched for her ceaselessly, mad with sorrow. As a result, the seasons halted, living things stopped growing, and died. Faced with the extinction of life on earth, Zeus sent his messenger Hermes to the underworld to bring Persephone back. According to the poet in the Homeric Hymn to Demeter, when Hades was forced by order of Zeus to let Persephone return to her mother, gave her pomegranate seeds, and therefore “tied her” with him with marriage ties. This bound her to live with Hades and the underworld for eight months and four months on Earth.

Based on the myth of Persephone, the pomegranate became a symbol of fertility, birth, marriage, re-birth, death, hope, prosperity, and eternity and was the emblem of the Eleusinian Mysteries.

Even in modern times, the breaking of the pomegranate at weddings symbolizes fertility.