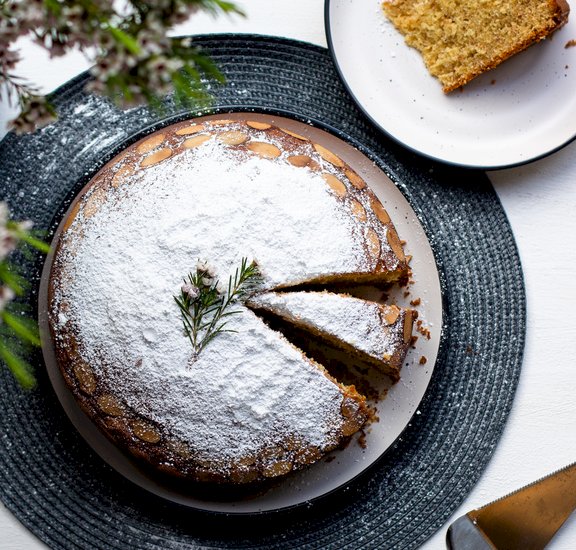 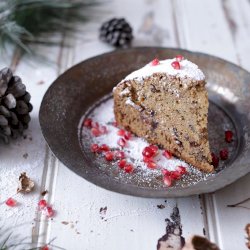 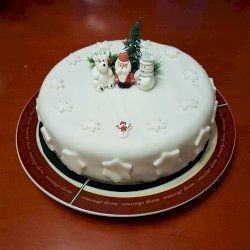 All you must know about Vasilopita

Vasilopita means “St Basil’s sweet bread”. Vasilopita is the round cake Greeks prepare to welcome the New Year. The symbolism of this special cake is the hope that the New Year will offer us a happy and sweet life. A gold coin known as the “flouri” is added to the cake batter before baking, which will bring good luck, health and happiness throughout the New Year to whoever finds it in his/her piece.

A specific ritual takes place for Vasilopita cutting and distribution to the household members and friends, which takes place either right after midnight of New Year’s Eve or on New Year’s Day when the family gathers for breakfast or before for lunch.

The family head first makes the sign of the cross on the cake, three times, and starts cutting the Vasilopita pieces. The first piece is devoted to Jesus Christ, the second to Virgin Mary, the third to the less fortunate, the next to the family home, a slice for the head of the house, and continues with slices for each family member from the eldest to the youngest. Friends and guests will be called after the family members from the eldest to the youngest. The one who finds the gold coin in his/her piece will be blessed with good luck, health and happiness for the New Year. Nowadays instead of a gold coin "flouri" there is a prearranged gift or a specific amount of money.

The origins of Vasilopita tradition

The origins of Vasilopita tradition are associated with and in honour of Saint Basil of Caesarea, in Cappadocia, whose name day is celebrated on January 1st, the Saint who brings presents to the children on New Year’s Day instead of Christmas for the rest of the world.

According to the legend during a time of famine, the emperor of Caesarea levied an excessive tax upon the citizens. Families in order to avoid prison gave their gold and jewelry. St Basil, learning this injustice called the emperor to cancel the tax order, which he did and returned the collected jewelry and coins to St Basil. Since there was no inventory taken on which items were contributed by whom, St. Basil baked a huge sweet bread (pita) containing all the collected treasures. He called all to prayer, blessed, cut the pita, and distributed a piece to each one individually. Miraculously, each citizen received in his piece his own contributed valuables. In remembrance of that miracle and in honour of St. Basil's love, devotion and defense of his people, Greeks kept the Vasilopita tradition with the gold coin on January 1st, the date of St Basil’s death in 379.

According to others, there was a siege of the city and the enemy demanded from the citizens to raise a ransom payment in order to stop the siege. The citizens collected the ransom by contributing their gold and jewelry, the enemy was embarrassed by the act of collective giving and called off the siege without getting any payment. St Basil prepared loaves of bread for each citizen, including the coins and jewelry, which were distributed and miraculously each one received their own contribution of valuables.

A third legend variation is that St Basil thought this was the best way to give charity to the poor without embarrassing them.