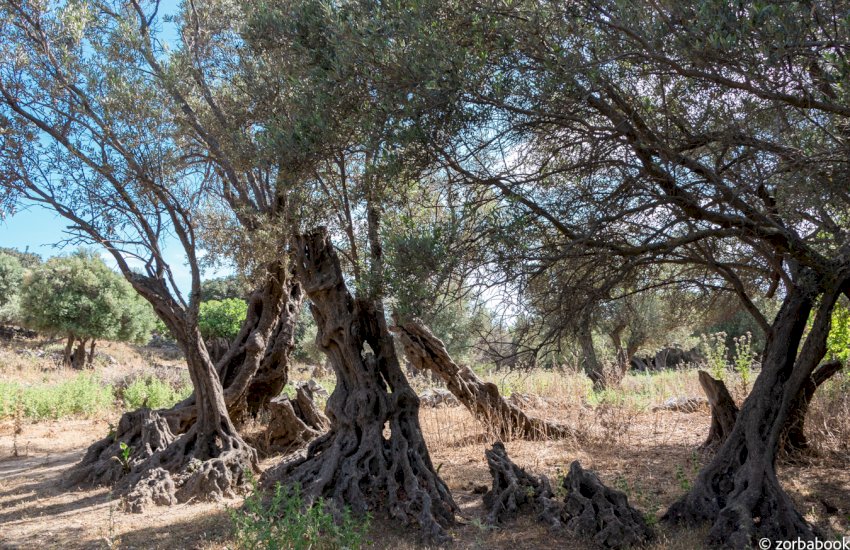 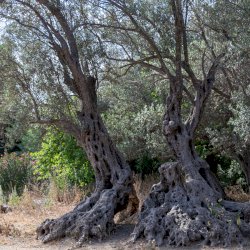 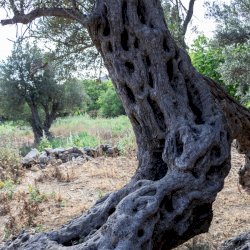 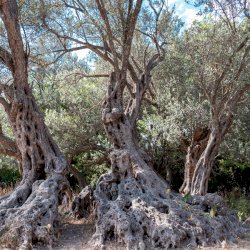 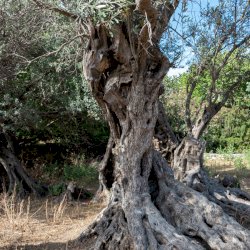 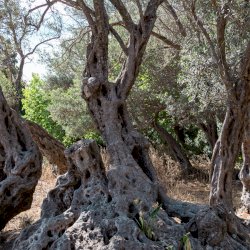 Exploring Gerontoelia, the oldest olive tree in the world

The olive tree is the most prominent tree in Greece. Ιt is a fundamental element of Greek civilization directly related to customs, habits and the survival of local people since antiquity.

Archaeological evidence and examination of fossil olive leaves in the Aegean area, inform us of the existence of olive trees 50,000 years ago.

During our visit to Naxos with @philemafoodtours, we visited Gerontoelia, located in an olive grove in Adisaros area. In the olive grove you will also see the Byzantine church of Agios Isidoros built in the 6th-7th century and Vrysi Adisarou, a spring, which has been playing a crucial role for the olive grove providing the necessary moisture.

The name Gerontoelia comes from the Greek words “geros” meaning old and “elia” olive. Mr George Kostelenos, an agronomist and researcher, claims that it is the oldest olive tree in the world estimating to be more than 5000 years old and therefore older than the ancient tree of Vrouves in Crete we visited in May 2021.

The main tree trunk, even though it has been divided into many branches over time, has a 10.8m diameter and its perimeter reaches 29 m. The age of the tree is based on the fact that the radius grows by 1mm per year.

According to professor Anagnostopoulos in the 1950s and Mr Kostelenos there is evidence that eastern mainland Greece, the Aegean islands and Crete are the primary centres of olive domestication and olive cultivation development. Mr Kostelenos explains that findings from olive kernels (seeds) were identified with those found in pre-Minoan Crete and prove that the Aegean thromboelia (Aegean variety) has been cultivated here for thousands of years. He also pointed out that the shoots of Gerontoelia prove that the tree is tame, which means that 6000 years ago they knew the propagation of olive trees with cuttings. It should be noted that the Minoans were the first of the Mediterranean inhabitants to distinguish, 3,500 to 4,000 years ago, the wild from the domesticated olive trees as well as olive oils from wild and domesticated olives.

Production of olive oil and edible olives from the ancient Naxos olive grove continues today! Make sure on your next trip to Naxos to plan a visit to this natural and living monument!