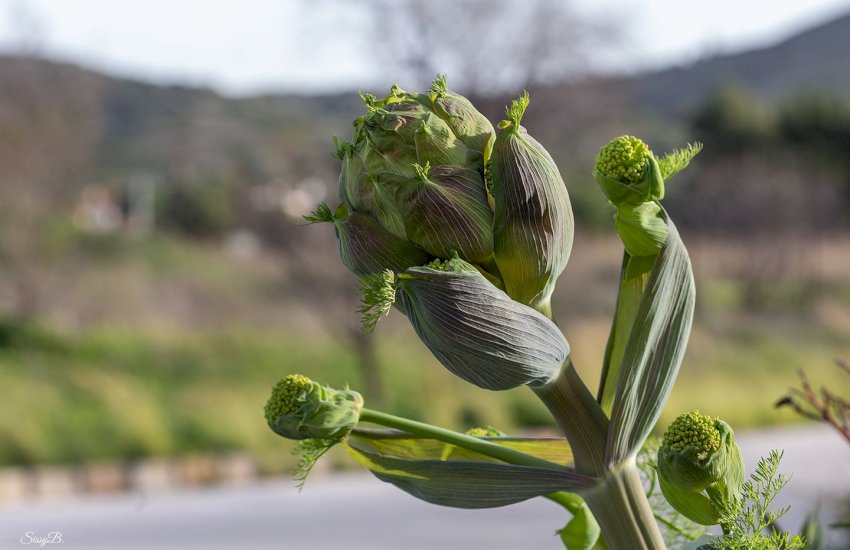 Narthex, a beautiful plant, but poisonous and with rich references to Greek mythology and ancient Greece. This is where the splint we use in fractures comes from.

According to Greek mythology, Prometheus stole fire from the gods and carried it to humans through the hollow shoots of the narthex.

The narthex was dedicated in ancient times to Dionysus (the god of wine), and was used in religious rituals because they were light and therefore ideal to make the thyrus. A Thyrus or (Thyrsos) was a stick made of a big fennel covered with ivy vines and topped with a pine cone, associated with Dionysus and his followers. It was considered a sacred instrument used in religious rituals according to Plato.

The dry narthex stalks were durable enough to be used as sticks but could not harm anyone, hence Dionysus had ordered those who drank wine to carry sticks made of narthex.

The plant was used in ancient Greece because of its flexibility, soft interior and durability to stabilize limb fractures. The ancients opened the stem and surrounded with it the fractured limb. For this reason, today the protector of broken limbs, apart from plaster, is also called "narthikas".