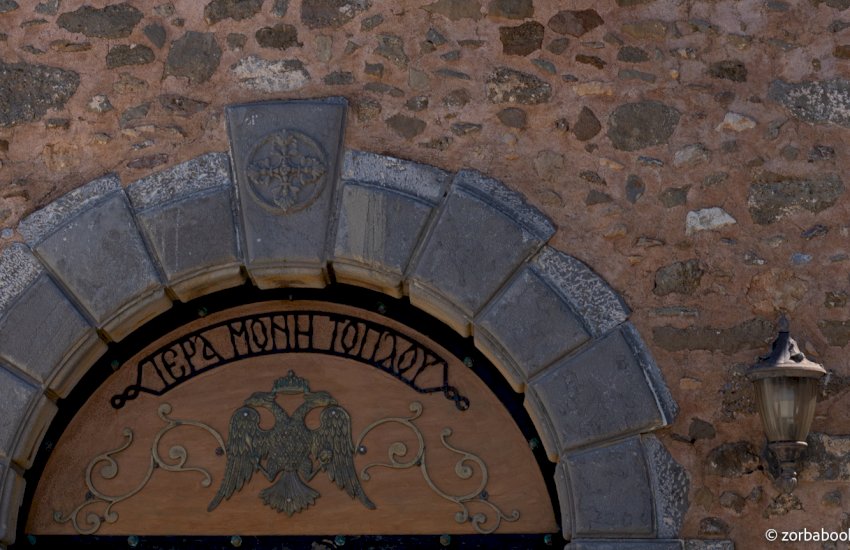 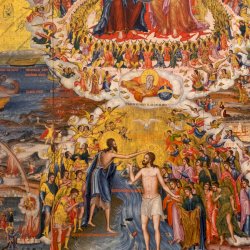 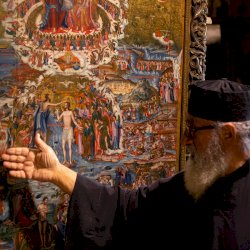 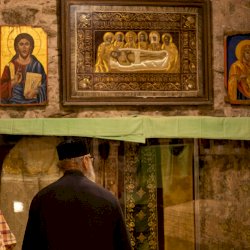 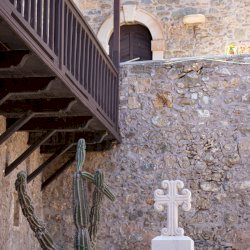 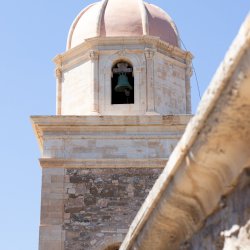 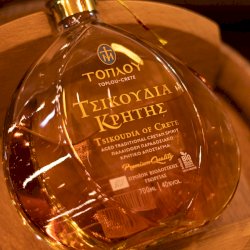 On the way to Vai Beach you will come across one of the most significant monasteries in Greece.

Moni Toplou (Toplou Monastery) was built during the 15th century. The monastery’s name originally was Panagia Akrotiriani meaning Virgin Mary of the cape.

The name changed to Toplou from the Turkish word Top meaning cannon; the monastery had a cannon for defense against pirate attacks and other raids.

We were lucky enough to explore the monastery’s historical rooms, halls, and museum together with Abbot Filotheos.

Abbot Filotheos Spanoudakis has been in this position for 60 years, has been active in operating and promoting the monastery as well as restoring the old vines of the monastery in the nineties.

Right across the monastery is Moni Toplou winery, olive mill. The monastery is taking great care of its land, producing excellent quality products such as wine, raki, olive oil, honey under the brand name “Toplou”.

There is a treasure of icons, we think one of the most unique and impressive icon is "Megas ei Kyrie", “Great Art Thou, O Lord, and Wonderful Are Thy Works” dated 1770 by Ioannis Kornaros.

The icon name derives from the prayer to The Great Sanctification of the Water written by Sophronius, the Jerusalemite Patriarch. The fact that Kornaros was the first to depict The Great Sanctification of the Water makes the icon special and interesting. The icon is painted on wood with dimensions 1,33 x 0.85 m and there is an inscription at the left bottom of the painter’s and donor’s names.

“A work by Ioannis Kornaros at the age of 25 years with the help of the Lord’s very most pious Mr. Parthenios, monk and abbot, secularly called Kafouros, in the fifth year of his abbey 1770”.

In 1775-1790 Kornaros visited Sinai where he painted icons, restored others’ and contributed to the decoration of Agia Aikaterini monastery ceiling.