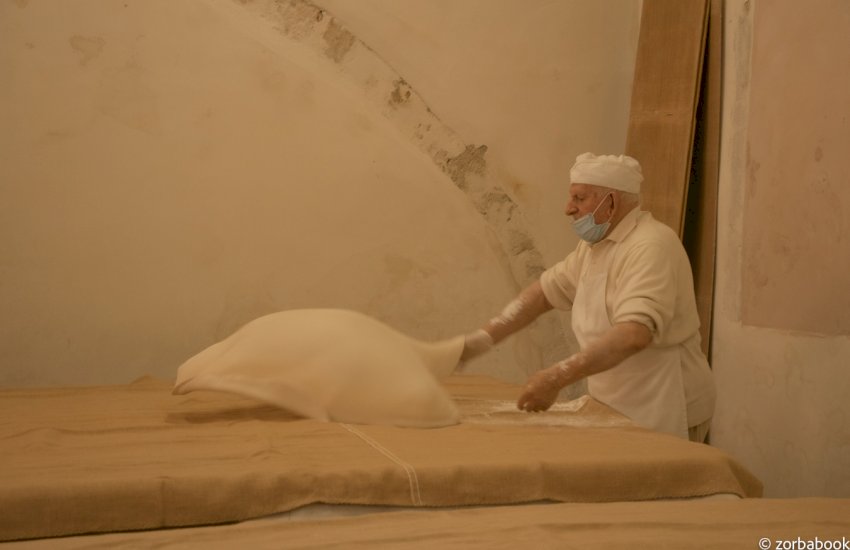 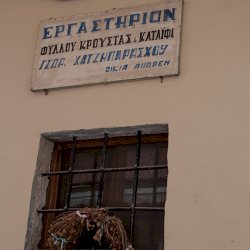 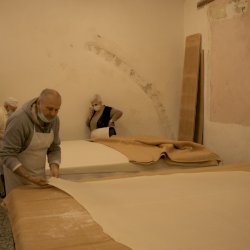 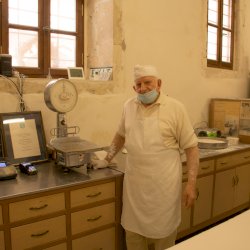 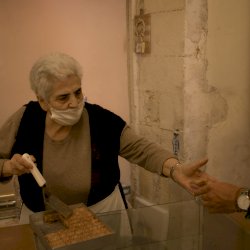 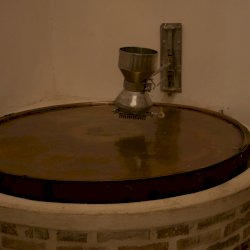 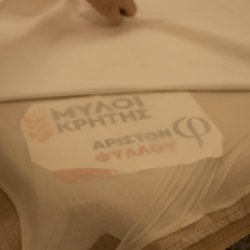 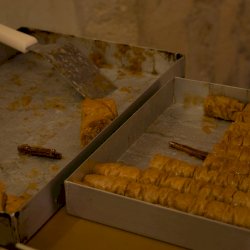 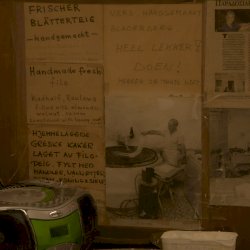 It was a real privilege meeting and spending an hour with Mr. Giorgos, his wife Mrs. Katerina, and their son Paraskevas in their historical phyllo & kataifi workshop!

Mr. Giorgos started making phyllo when he was 12 years old, in 1946. During those tough times, most young kids were sent from villages to towns to learn specific skills in order to survive.

There was so much demand that he even had to sleep most nights inside the pastry shop he worked as a child.

In 1958 he opened his first shop. His unique and traditional phyllo-making method attracted locals and foreigners from all continents.

When business was good Mr. Giorgos and his wife produced 500 kilos of phyllo a day (just the two of them!)

His son Paraskevas is there to help his parents every day and is on a mission to preserve this tradition for the next generations to come.

Once Mr. Giorgos got to know us, he even brought out his travel album from his drawer and told us stories about his trips to Africa, South America, Asia, and more!

It is these local heroes who make Crete and Greece in general such an unforgettable destination.

The least we can do is support and make it possible for such people to strive!

Mrs. Katerina treating us with all the different delicacies, baklavadakia

These are notes German, French & British travelers wrote to Mr. Giorgos in order to help him attract more foreign customers to his shop.

The one & only kataifi machine; not many of those can be found anymore.

Look how thin the phyllo is!!!