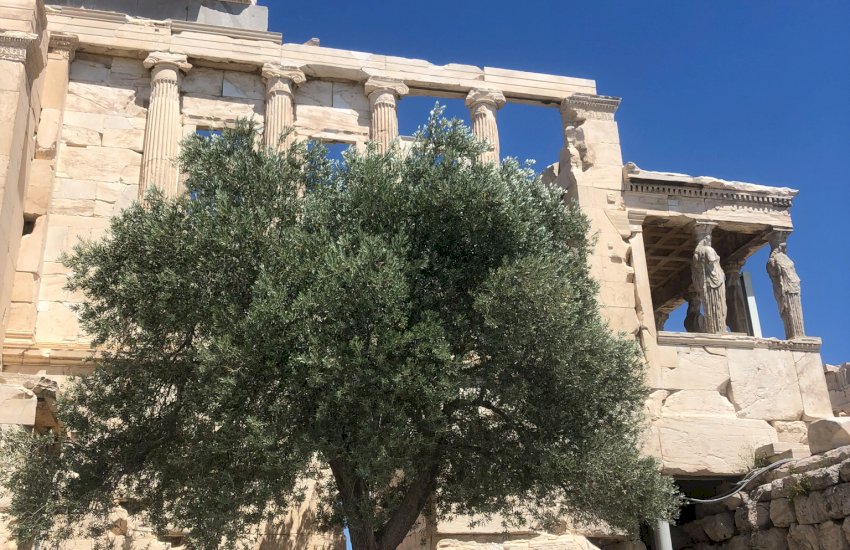 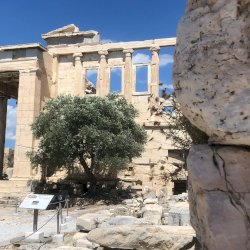 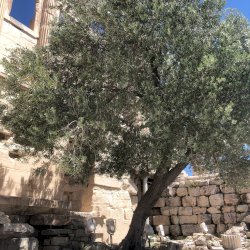 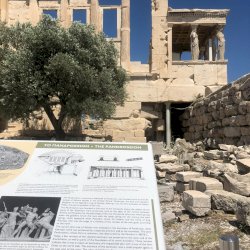 According to Greek mythology, Zeus challenged the gods and goddesses to take part in a competition for the concession of the Kingdom of Attica.

The god/goddess whose intervention would prove to be the most useful for the population would win!

Poseidon, the god of the sea, and Athena goddess of wisdom took part and the challenge took place on the sacred site of Acropolis. Poseidon struck his trident and a well of saltwater was formed, granting the Athenians a means of trade.

Athena on the other hand gave them an olive tree. Athena’s gift was chosen and she became the patron deity of Athenians and gave her name to the new city. According to Homer olive tree growing in the area of Athens was 10,000 years old, and destroying an olive tree was prohibited and punished.

The olive tree on the Acropolis is said to originate from that sacred tree.