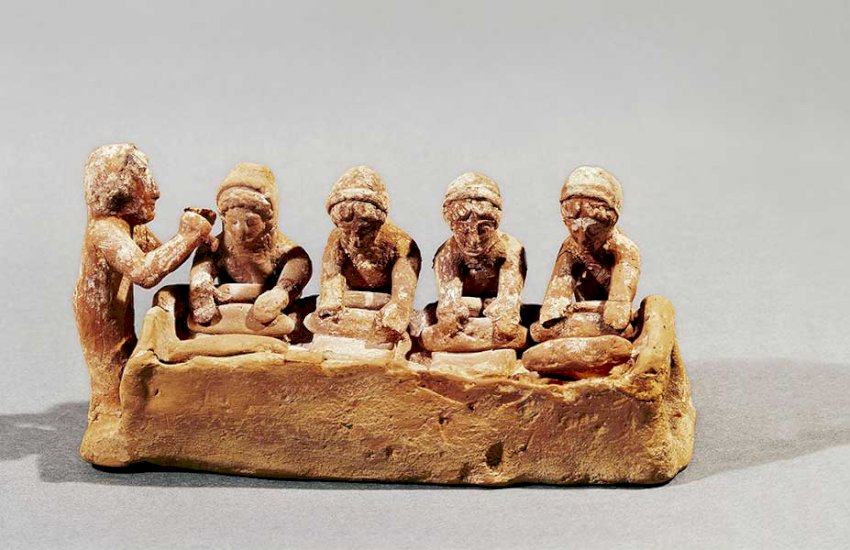 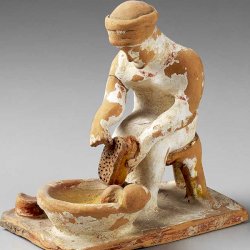 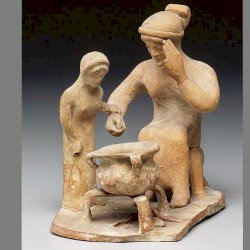 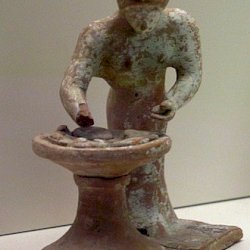 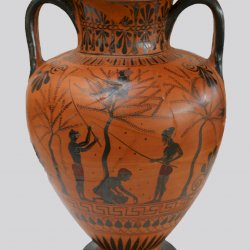 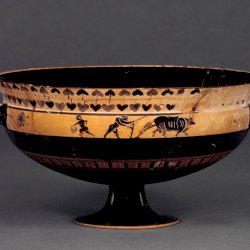 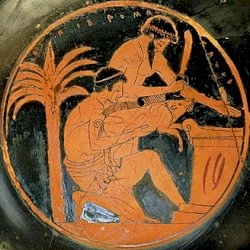 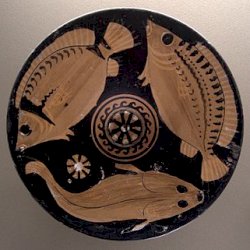 Ancient Greeks’ diet foundation was based on barley, wheat, olive oil, olives, and wine. It reflected respect for agricultural hardship and was characterized by prudence and frugality were given the rough and dry terrain.

• The day started with a plain breakfast called akratisma and included bread dipped in a bit of wine.

• At noon or early evening, they would take a quick meal called ariston, which included bread and olive oil, dry figs, almonds, walnuts. They would drink goat milk, honey, in warm like water, kykeon a mixture containing wine, grated cheese, and barley flour.

• Before dinner, the most important meal of the day would have a snack called esperisma.

• Dinner or deipnon, the most important meal of the day which was shared with company. Ancient Greeks believed “eating alone one doesn’t dine, just fills up his stomach”. Courses were based on a carbohydrate element (sitos) – stomach-filling barley and wheat – with strong flavours (opsa) to provide extra proteins and vitamins and interest the palate. These opsa ranged from the best sea bass to a salad of bitter herbs or cheese and onions. Greedy people might eat too much carbohydrate, luxurious people too many opsa, particularly highly-prized fish.

• After the deipnon, the diners went into the drinking session (symposium) and were entertained.

The Apprentice: A woman in the act of cooking is watched by a young girl as she adds ingredients to a pot over the fire; ca. 500-475 BC (Museum of Fine Arts, Boston).

Olive harvest in the countryside. Athenian black-figure amphora attributed to the Antimenes Painter, around 520 BC.

Farmers sowing and ploughing. Athenian black-figure drinking-cup, attributed to the Burgon Painter, about 550 BC.

Sacrifice; principal source of meat for city-dwellers — here a boar; tondo of an Attic kylix by the Epidromos Painter, c. 510–500 BC, Louvre.

Fresh fish, one of the favourite dishes of the Greeks, platter with red figures, c. 350–325 BC, Louvre