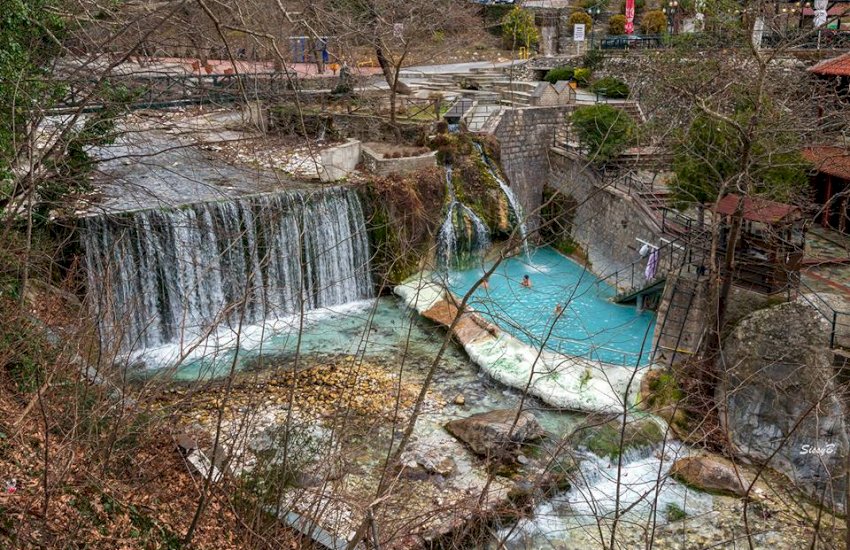 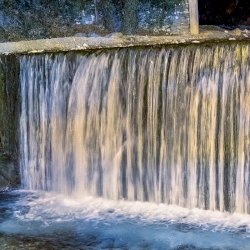 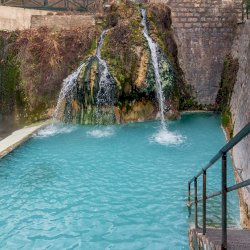 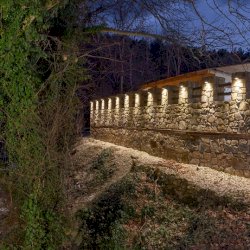 Pozar - Loutraki Thermal Baths, an impressive, therapeutic spa with a variety of treatments available. Located in the district of Pella, Alexander the Great birthplace, at the foot of Kaimaktsalan mountain, 40 km from Edessa and 110 km from Thessaloniki. The word pozar means burning coal. The site was officially accepted and declared as thermal baths in the 1920s.

According to mythology Nymphs took care of natural phenomena like springs, beaches, trees, etc, and thought to offer the gifts of health, wellbeing, strength, and spirit invigoration, by receiving treatments for chronic conditions in a natural way. This is probably why it is said that Macedonian kings and generals visited the Pozar baths after long wars and battles. Archaeological findings certify the baths’ existence and use in ancient times.

It is an impressive natural destination among trees, with natural and artificial waterfalls as well as pools and rivers with thermal water at 37 °C, which you can combine with other activities such as skiing, hiking or simply strolling and tasting the local cuisine.

In addition, it is not widely known that in the area of the springs there is a large cluster of 16 caves. Excavations have revealed evidence that the caves have been inhabited since the Paleolithic & Neolithic era. In the cave park and the Paleontologic – Physiographic folkloric museum of Almopia there are important findings like a petrified portion of an Ursus CT. Arctos brown bear dating 10,000 years old, bones of leopard, hyena, and fox as well as fossils of Corals ranging from 70 to 140 million years old.