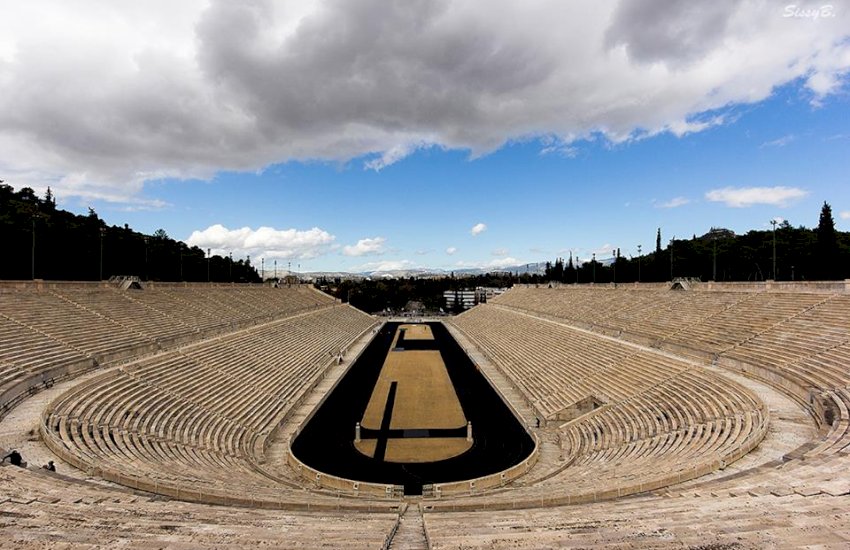 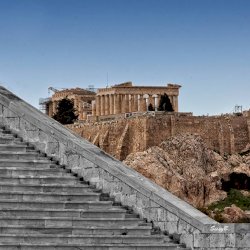 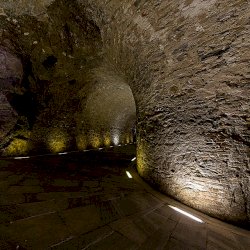 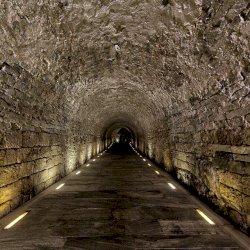 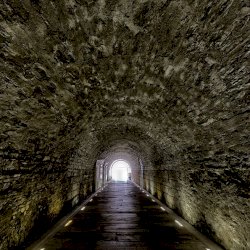 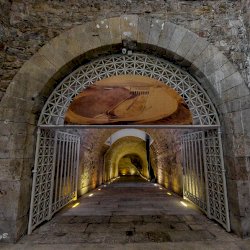 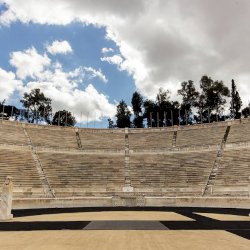 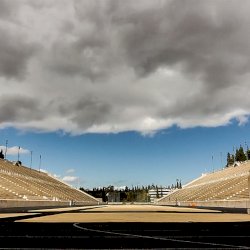 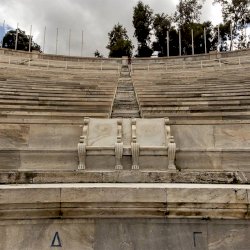 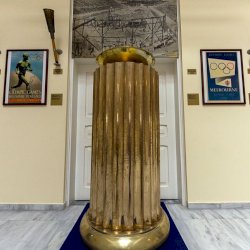 The Panathenaic Stadium, kallimarmaro the unique marble stadium in the world, is a landmark and one of the most significant monuments for Athens.

It is located on the site of an ancient stadium. In 338 BC when the orator Lycourgos assumed responsibility for the finances of Athens he included in the public works the building of a Stadium. In 330 BC the Stadium hosted for the first time the celebration of the Great Panathenaia. Between 139 – 144 AD Herodes son of Atticus financed, among other significant changes, the conversion of its original rectilinear shape to horseshoe shape and the installation of rows of seats for spectators of white Pentelic marble.

In 1894 the International Olympic Committee decided to revive the Olympic Games and accept D. Vikelas (the Greek committee representative) proposal for Athens to host the first Modern Olympic Games.

From as early as 1836, archaeological excavation had uncovered traces of the ancient Stadium of Herodes Atticus, and on the basis of these findings, as well as of the finds from the excavations conducted by Ernst Ziller in 1869, the plan for its reconstruction was prepared by the architect Anastasis Metaxas.

The national benefactor Georgios Averoff in 1895 undertook the largest part of the Stadium restructuring expenses in view of the 1896 Olympic Games. It was in the Panathenaic Stadium that the Olympic Hymn was heard for the first time, with lyrics by poet Costis Palamas and music by composer Spyros Samaras.

It is the starting point of the Olympic flame journey of Winter, Summer, and Youth Olympic Games worldwide as well as the finishing line of the annual Marathon race.

The Panathenaic Stadium has been the venue for noble competition and fair play, of mind and body, since antiquity.